The tiny church of All Saints, Waterden is isolated even in rural context of Norfolk churches. The village of Waterden disappeared in late mediaeval times leaving the building alone in the fields accompanied only by its Rectory. Parts date from Norman times with evidence of alterations over centuries. No Power supply.

Church of All Saints, Waterden

History The village and church of All Saints, Waterden, in the hundred of Brothercross, is first mentioned in the Domesday survey of 1085. According to Bloomfield's "History of Norfolk".

The church, which is built of flint, freestone rubble and brick, is the remains of a larger and older building. All that now remains is the Chancel, Nave and north porch, a south aisle and tower having disappeared. After the great gale of March 24th. 1895 the church was extensively "restored". The roof and much of the interior, such as the Chancel floor, as well as the Bell cupola, date from this time.

Exterior. Starting from the north porch and working clockwise round the church one notices two probably Saxon features on the outer wall of the Nave, the north doorway, and the two rubble-filled windows high up below the eaves. The entrance of the porch itself is Early English, although the brickwork above is of a much later date. There are two small quatrefoil windows of the same date in the porch. Between the two filled-in Saxon (11th century) windows can be seen a much altered window. The shape of its dripstone suggests the Early English style. However, a small square Tudor window has been inserted in its place. Further on are two windows of the Early English Lancet type, both of which show signs of alteration at a later date. Three Buttresses, none of great age, support the north wall of the Chancel and what may be the top of an Early English Buttress can be seen jutting from the wall to the left of the porch. The east window shows a Tudor infilling with four lancets in brickwork of the original window whose shape can be seen clearly outside. On the south wall of the Chancel are two windows, originally Early English. That nearest the Altar has been blocked up, but remains of decorated tracery can be seen. The other window has been altered in Tudor times.

The south wall of the Nave shows the outline of a 14th century arcade of three arches, so there was once a south Aisle. Above these outlines are three blocked up 11th century windows, and set in the arches are two windows that have been restored in the Tudor style. Further west there is another early door in the same style as that in the porch.

At the west end of the church can be seen the ruins of the tower. Possibly the tower and south aisle fell down at the same time. It looks as if the rubble may have been used to rebuild the west and south walls of the Nave.

The Interior: One enters the church through the porch. On the left or a triangular dais of bricks against the north wall and Box pews is an octagonal stone Font set on a plastered brick column. The floor is tiled. The beams of the Nave roof appear to be much older than the actual roof and ceiling which are late Victorian. The Nave contains eig varnished, Victorian Box pews set on a raised floor of bricks. In the south wall the three arches of the south Aisle can be traced, as can the

earlier windows. At the west end of the Nave is an indecipherable stone slab. Bloomfield's "History of Norfolk" mentions " George Sefoule" as being buried in All Saints Waterden in 1461. However, this slab appears to be of a later date. It is likely that beneath the brick and parquet floors there are more slabs. Above the semi-circular arch into the Chancel hang late Victorian texts. The floor of the Chancel is wooden parquet and, at the raised East end, behind the Victorian Altar rail, lie buried more members of the Money Hill family.

The Altar appears to be a handsome domestic sideboard or table. On the south side of the Chancel one can see the remains of the decorated tracery of the filled-in window, and also the 13th or 14th century piscina. The roof and beams of the Chancel date from the end of the last century. In 1905 the Bishop of Norwich held a service here to celebrate the restoration of the church.

1.84 Miles Away
In the Anglo-Catholic tradition of the Church of England it dates mainly from the 15th century, although the Chancel is of 13th century construction. The nave roof is single hammer beam with painted angels supporting arched braces.
View Venue 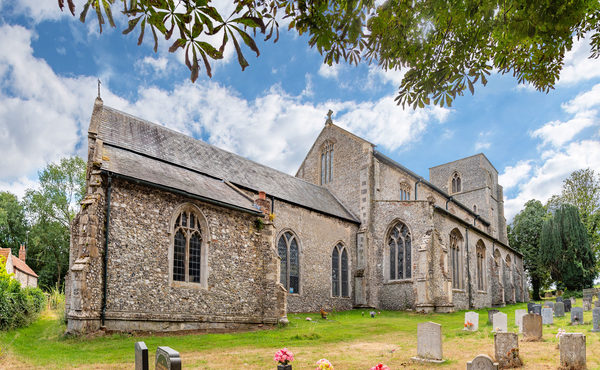 2.14 Miles Away
This is the site of a destroyed Iron Age hillfort and is one of only six prehistoric earthwork forts in Norfolk. Aerial photographs and geophysical investigations have established the layout of the fort, which comprises of a single banked and ditched enclosure with a large central ring ditch. Excavations in 2003 revealed that the hillfort ditch had been re-cut some time after its initial construction.
View Venue 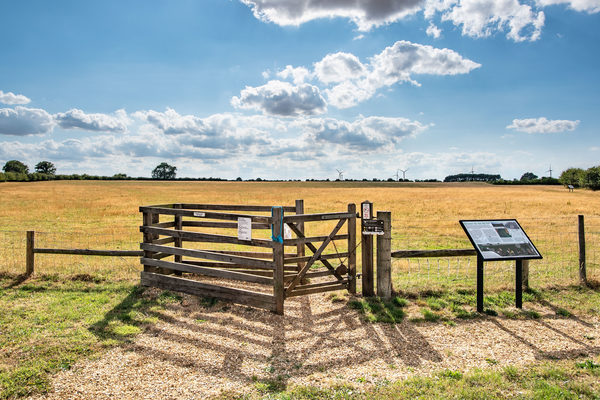 Attraction 3:
The Church of St Mary the Virgin, North Creake

2.25 Miles Away
St Mary's church is a large medieval building. The church dates to the 14th century, a time when Norfolk 's economy was booming thanks to the wool trade, and the wealthy merchants poured money into their local parish churches.
View Venue

Attraction 4:
Basilica of Our Lady of Walsingham (Slipper Chapel)

2.28 Miles Away
Built in the mid-14th century, and dedicated to Saint Catherine of Alexandria, this chapel served pilgrims on their way to England’s Nazareth. Saint Catherine was the patron saint of pilgrims to the Holy Land and her knights kept open the road to Nazareth during the Crusades.
View Venue 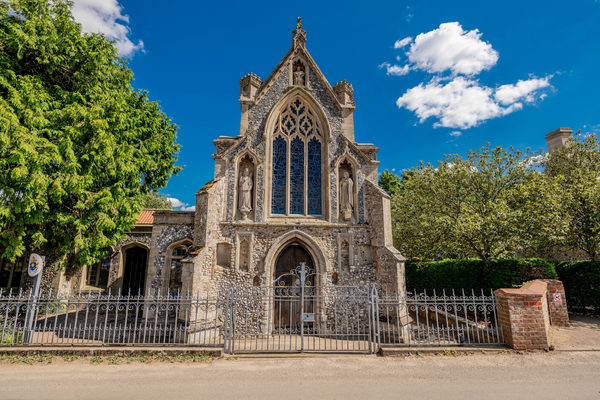 2.43 Miles Away
The church of Saint Giles was rebuilt by William Eden Nesfield in 1877 and much of the building materials for the new church were re-cycled from an older church on the site. Fine medieval rood screen and Victorian stained glass windows.
View Venue 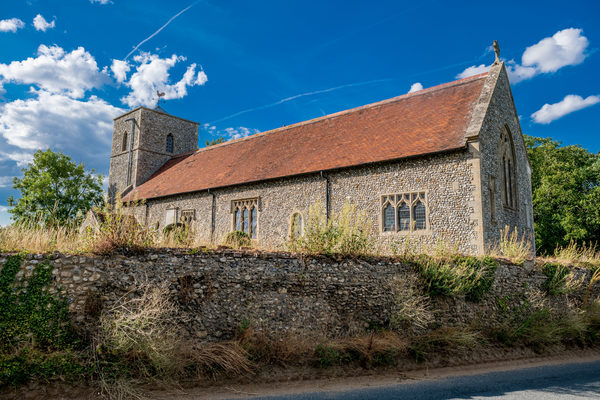