Late Victorian restored from original C14 building in which Horatio Nelson's parents (his father was the rector) are buried. Nelson was baptised in its medieval font. Many naval references, including: altar, lectern and rood made from HMS Victory; battle ensigns from HMS Nelson and Indomitable the latter flown at the Battle of Jutland; bust of Nelson in the chancel.

Church of All Saints, Burnham Thorpe

Nelson’s father was rector of this church and Nelson was baptised here a few hours after his birth. Nelson lived in Burnham Thorpe village during his early boyhood and again soon after his marriage to Frances ‘Fanny’ Nisbet (1761-1831). The church is filled with objects that are linked in some way to Nelson. 13th century white marble font in which Nelson was baptised. It is now flanked by two huge ensigns from the WWII battleship HMS Nelson. Affixed to the wall on the right of the font and ensigns are two pieces of history. The first is a small, and rather innocuous, inscribed plaque taken from HMS Victory. This was Nelson’s flagship at the Battle of Trafalgar (1805), and it was on this ship that he died. The inscription reads: ‘Thanks to the generosity of officers and men of the Royal Navy, and many other subscribers, the bell which was in use at the time of Lord Nelson, was restored and rung again on the 200th anniversary of his birth, September 29th 1958. This tablet, made of oak and copper from HMS Victory was presented to commemorate the occasion.’ Above this plaque, is the framed ships crest from HMS Nelson. It was presented to the church in 1955 to mark the 150th anniversary of the Battle of Trafalgar. As well as the numerous objects and materials from famous battleships, there are lots of reproduction documents and images hanging on the walls or lying on table tops for visitors to read. Nelson’s parents and his brother Edmund are buried inside the church, in front of the altar, while his siblings Maurice and Susannah are buried in the churchyard, to the left of the church entrance. Lord Nelson was buried in the crypt of St Paul’s Cathedral (London).

As the church is approached from the east the east chancel wall is very fine. It is covered with a chequered pattern of flint and stone, the upper half having white flint squares and the lower parts with black flint squares, alternating with the stone blocks. There are also three niches, which formerly held statues, one above the three light window and one to each side of it. These niches contain vaulting and two shields in the spandrels at the top, and are supported below by corbels decorated with carved fleurons. Below the window are a series of flush work panels of trefoil headed arches. The south buttress at the south-east corner of the chancel has three Mass Dials, an early sun dial indicator to show when the service was due to take place. There is a priest's doorway in the south chancel wall, to provide access for the priest to that part of the church for which he was responsible. The congregation was responsible for the upkeep of the nave and tower. This doorway has two Tudor roses carved in the spandrels of its square hood mould. There is also a stone base course and a string course below the windows to the chancel. There are aisles to the north and south of the nave, but that to the south was completely reinstated to celebrate the centenary of the Battle of Trafalgar in 1905. In 1791 the aisle had been demolished due to lack of funds to repair it, and the south arcade had been infilled. Just two very large triangular buttresses were made to support that side of the nave. The tower was originally built in the early 15C, but part fell in the early 19C, damaging the roof and the font. It was possibly reduced in height then, but it still has a striking parapet with three shields each side and carved stone trefoil arched heads to three panels of black flints between the shields. There are crocketted pinnacles and worn gargoyles at each corner. There is a modest west doorway below a large four light west window and four belfry openings with cusped tracery. One bell, made by Elias Brend 1658, remains in the tower. The flag that is often to be seen flying on this tower is a replica of the Navy Ensign before 1801 (the date of the Union of England and Ireland, so it has no St Patrick's cross). The only porch is on the north side, as there is no south doorway. There is however another small door into the nave, also on the north side, which gave access to the chapel at the east end of the north aisle.

Prominent on the north wall of the chancel is a bust of Nelson, given in 1905 in "memory of one of East Anglia's most illustrious and heroic sons". Above it is the memorial for his father Edmund Nelson, who was the rector here and died in 1802, aged 79. The greatest treasure of this church lies in the centre of the chancel floor, the brass commemorating Sir William Calthorpe, who died in 1420. This finely detailed brass was made in London and shows a knight in plate armour, wearing the SS collar denoting he was a Lancastrian knight, with two dogs at his feet. The memorial stone, over seven feet long, is surrounded by a brass fillet containing the Latin inscription, with the emblems (eagle, lion, bull and winged man) of the four Evangelists at the corners, Saints John, Mark, Luke and Matthew. The figure stands within an elaborate arch with a crocketted ogee finial, resting on sideshafts with further Latin inscriptions. At the top are two shields, for Calthorpe (chequered) and St Omer (crosslets), and also two falcons bearing scrolls with the Norman-French motto "Pensez de Fyner". The St Omer arms were borne by the right of Isabel, Sir William's second wife, who was the daughter and heiress of Sir Edmund de St Omer. The brasswork of the sword, canopy and sideshafts has been restored in parts.

1.08 Miles Away
This Friary was founded in 1241 by Sir William de Caithorpe of Burnham Thorpe and Sir Roger de Hemenshale, Lord of Polstead Manor in Burnham. It is thought to be the first Carmelite Friary established in Norfolk. Its gatehouse can still be seen, with its fine 14th century decoration, to the east of the church, between the modern school building and Overy Church. The Friary occupied the land between the gatehouse and the River Burn.
View Venue

1.23 Miles Away
The Saxon round tower was built at the beginning of the first millennium, the church was extended in the 13th century, with later improvements in the 15th. It has a commanding view of the sea half a mile away. St Margaret's stands within its own burial ground; on the other side of the north bank of this is the burial area for the rest of Burnham Market.
View Venue

2.08 Miles Away
With a stunning location on the Norfolk coast and at the heart of a thriving 25,000 acre estate, Holkham Hall is described as an exceptional place, rich in history, architecture and wildlife. The seat of the Earls of Leicester, this elegant 18th century mansion is still very much a lived-in family home which the family take pride in sharing with visitors.
View Venue 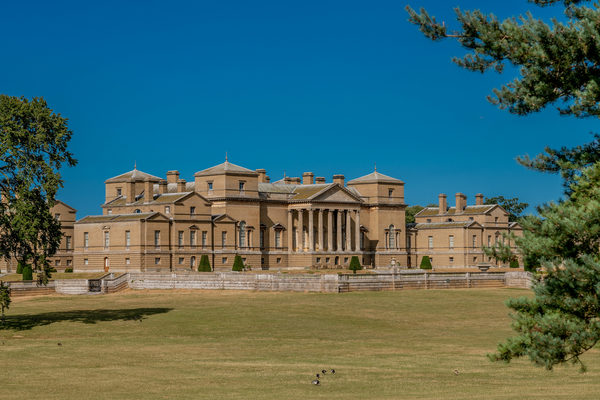 Attraction 4:
The Church of St Mary the Virgin, North Creake

2.5 Miles Away
St Mary's church is a large medieval building. The church dates to the 14th century, a time when Norfolk 's economy was booming thanks to the wool trade, and the wealthy merchants poured money into their local parish churches.
View Venue

2.83 Miles Away
As with so much of the English countryside the look of the Norfolk coast is an intimate blend, part wilderness and part working landscape. From Burnham Overy to Wells the low-lying grazing marshes north of the coast road used to be tidal saltmarshes, separating offshore shingle and dune ridges from the main coastline.
View Venue 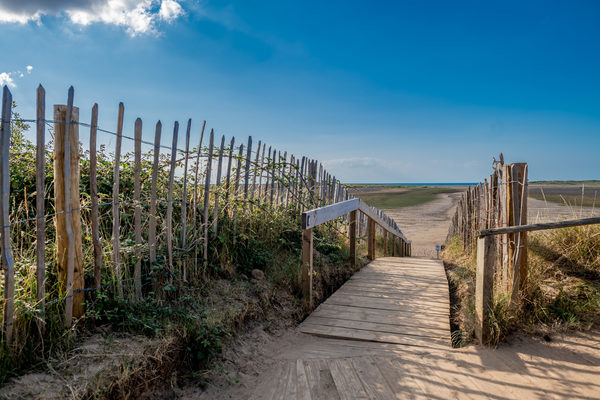