St Mary's is a 13th century church with many interesting architectural features. We have a particular association with Pocahontas through her marriage to local squire John Rolfe.

The rugged outline of this Church shows that it has been changed over the centuries. It has lost its transepts over time but the nave, a shortened chancel and a central tower still survive. Enormous buttresses, particularly on the north side, now give support to this tower. Originally, the nave, tower, transepts and chancel were built as a cruciform Church in the late 13 C, and then about a hundred years later the aisles were added, with the clerestory above the nave, and the 15C south porch. In 1786 the Church was declared to be "greatly in decay". About 1800 the transepts were taken down and the chancel shortened. The Church is built of flints with other bits and pieces, including carrstone, in the walls, with dressed-stone corners and windows, but repairs and alterations seem to have been made using mostly the local carrstone.

The north side of the tower has the extraordinary brick and carrstone buttress at its north-east corner. This was added about 1800, projects further north than the aisles do, and reaches up to the belfry stage. Near the top are enclosed odd shaped openings, said to have been made to relieve the pressure of the wind on the large expanse of walling. The south side has more modest buttresses, and a stair turret ascending the tower at its south-east corner. The chancel is now about two thirds of its former length, with signs of restoration work. It has a stone string course below its south window (indicating the original wall was built about 1300), and the 13 C priest's door near its east end, (normally about half way along), an indication of the shortened length of the chancel.

The spacious nave is filled with blue chairs, instead of Victorian pews. Near the east end of the south aisle are two rows of choir stalls, facing north, which were formerly in the chancel. The arcades each have four pillars, alternating round and octagonal in plan, each standing on a circular base, which could have been used for seating.

The aisle windows have modern coloured glass at the top, but in the two central windows on either side is some medieval glass in the apex. On the north side are St Catherine and St Margaret (west), and in the next one two kings (east). In the south wall are two kings (east) and a Saint, possibly St Stephen (with a handful of the stones he was martyred with), with a replaced head, and a Bishop (west).

The main altar now stands on a platform at the east end of the nave, close by the chancel arch, which is also the west tower arch. There is still the Rood screen, but this is behind the altar, filling the eastern arch of the tower. It has two ogee-topped arches each side, but the centre entrance arch is lower and more rounded. The upper spaces are filled with fine tracery, mostly vertical shafts.

In the north east corner of the nave is a tall stone monument for Dr Robert Redmayne +1625, who was Chancellor of the Diocese and Mayor of King's Lynn. The monument has a tomb chest, with a double arch carved in the stone above, enclosing the lengthy inscription, with black marble pillars on either side. At the top is his prominent Coat of Arms with the Redmayne arms in the first and fourth quarters, Gules, three tasselled lozenge cushions ermine. He married Dorothy, the widow of John Rolfe +1594, and the mother of the John Rolfe who married Pocahontas.

The first John Rolfe is remembered in a plaque opposite, below the 1933 memorial for Pocahontas, where she is shown as a demi figure in European clothes. She was an American Indian Princess of the Algonquin’s, living in what is now Virginia, North America. In 1614 John Rolfe married Pocahontas, (recently baptised with the name Rebecca), and a son Thomas was born in 1615. She came with her husband and son to England, was feted as something of a curiosity in London, but alas died soon after setting sail for America again in 1617. She was buried at Gravesend. The marriage of John Rolfe and Pocahontas is said to have promoted peace between the American Settlers and the Indians, particularly her Father, Powhatan, the Chief of the Paspahegh Tribe.

There are more memorials to the members of the Rolfe Family in the screened-off north chapel, to the north of the tower. The Rolfe arms are Gyronny of eight or and azure, on a chief gules three annulets or. On the other side of the tower, what is left of the south transept is used as the vestry. The chancel has now been made into an open space for meetings and social events, with the moving of the choir stalls into the nave. The altar is still there, with the modern reredos showing the Eleven Apostles standing either side of the Risen Christ. 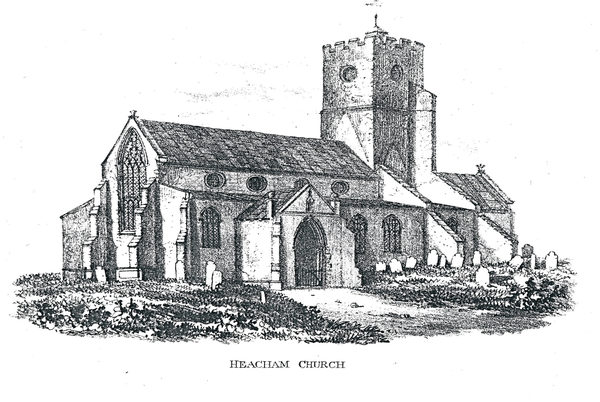 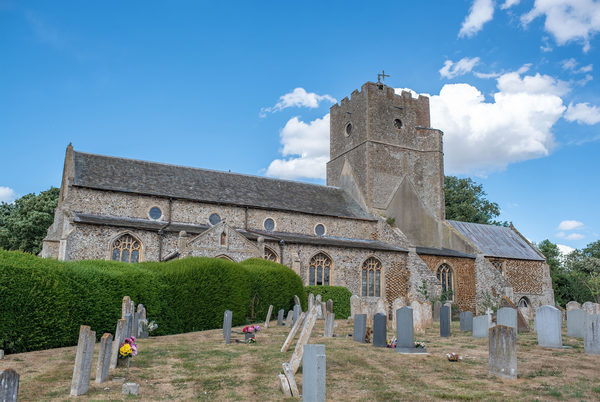 1.84 Miles Away
There has been a church on this site for over 900 years. In 1205 the church was appropriated to Norwich Cathedral Priory. It is during the Priory's period of responsibility that the church was eventually rebuilt from circa 1300. The church is of great architectural significance and is Grade 1 listed having many medieval wall paintings, which we are hoping to stabilise and refurbish.
View Venue 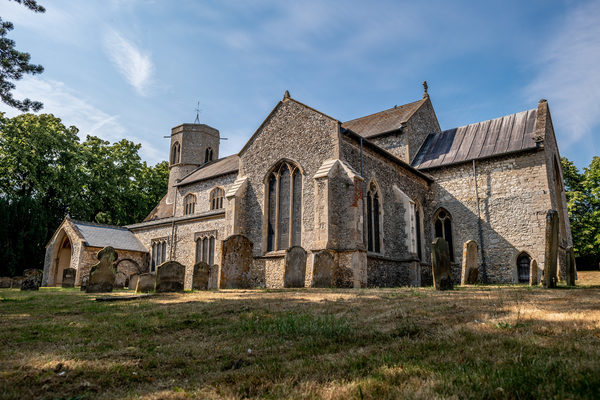 2.12 Miles Away
SHARP (the Sedgeford Historical and Archaeological Research Project) is a long-term, independently-run archaeological project. The primary objective is the investigation of the entire range of human settlement and land use in the north-west Norfolk parish of Sedgeford. Established in 1996, SHARP is one of the largest independent archaeological projects in Britain and is firmly rooted in the local community.
View Venue 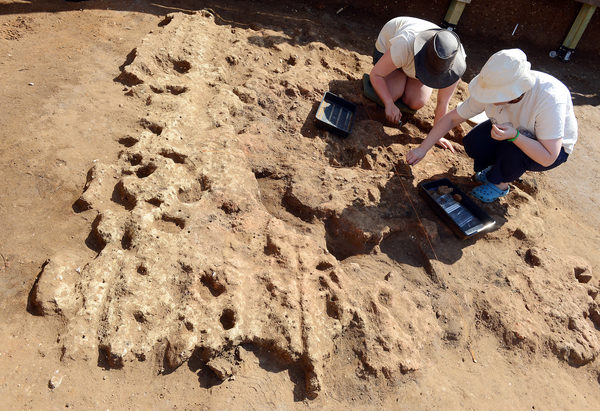 2.16 Miles Away
The famous red and white striped cliffs at Hunstanton are an eye-catching attraction. Have fun discovering the history and nature of the area by looking for creatures in the rock pools on the beach below or taking a leisurely stroll to view the old buildings perched on the cliff top.
View Venue 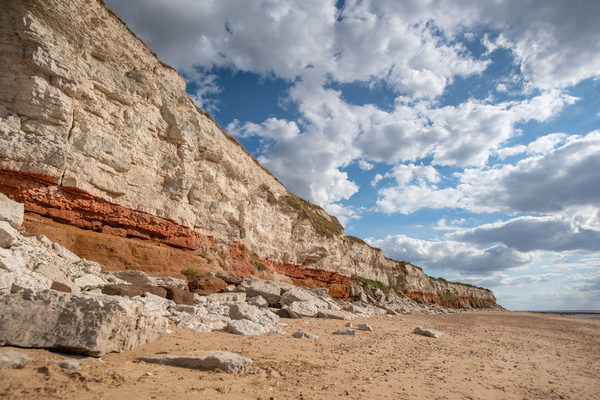 2.36 Miles Away
Pevsner called St Mary’s church “the most exciting C14th Decorated church in Norfolk.” St Mary's church with its 175 foot tall tower and spire, sits on high ground above the village, and was often a landmark for mariners navigating The Wash. Someone called it " God's rocket to heaven". The original steeple was erected by John of Gaunt, Duke of Lancaster, the son of Edward III.
View Venue 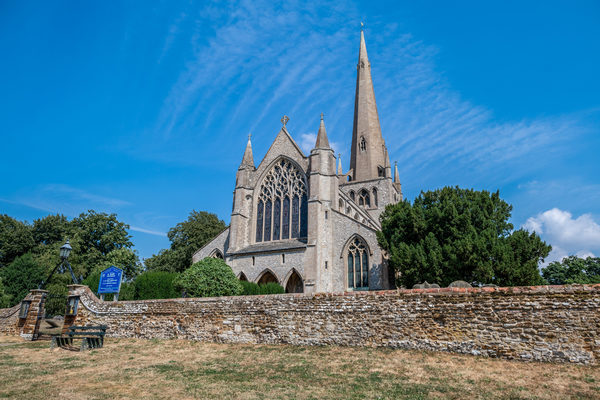 2.5 Miles Away
Hunstanton Heritage Gardens stretch from the Green through the Esplanade Gardens and round the cliff top to the lighthouse.
View Venue 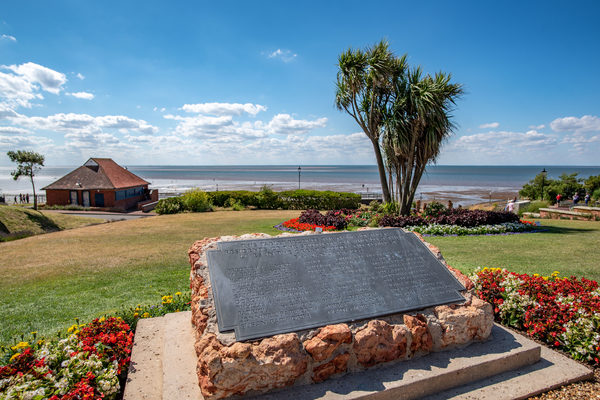