A place of pilgrimage since the 11th century, visitors can enjoy the tranquil gardens and, over the ancient packhorse bridge, the river and woodland walks lead into unspoilt woods and parkland famous for spectacular snowdrops in early spring.

The Monastery at Walsingham was always a Priory, but between the late 17th and early 18th century the house on the site, originally the Prior’s lodging, was enlarged into a mansion, and became known as ‘The Abbey’.

Priory ruins. The house is still called the Abbey and is privately occupied, but the surrounding grounds are open to the public. They contain the ruins of the Augustinian Priory of The Annunciation of the Blessed Virgin Mary, one of the premier shrines to Our Lady in England, up to its dissolution in 1538. The Priory was founded c.1153, adjacent to the site where Richeldis de Faverches built the replica of the Holy House following her visions in 1061.

Little remains of the original buildings which were altered in the 13th and 14th centuries, but the feature of East Window which gives some indication of the size and importance of the Priory Church (244ft long with both central and western towers).

The Refectory has a fine Early Decorated west window (c1300) and stairs in the wall leading up to the pulpit from which canons were read to during meals. ‘The Crypt’ was in fact a warming room, and has a vaulted ceiling and filled in fireplace clearly visible.

Holy Wells. Through a fine Norman arch, you can also see the famous twin wells and bath. These holy wells may have been there since before Richeldis’ visions in 1061. The Norman arch was moved to its present position from the Infirmary ruins around 1805.

Holy House. Excavations in the 1960s revealed the location of the original Holy House, which had a larger chapel built over it in the 15th century. A small wooden plaque set in the grass just north of the nave marks the spot.

During the summer, pilgrims gather for services in the nave of the ruined Priory Church with a small altar set up under the East Window, or on the site of the Holy House, in remembrance of the original Holy House and in veneration of Our Lady of Walsingham.

Medieval bridge. The Pack Horse bridge across the River Stiffkey is a beautiful example of an early-nineteenth century interpretation of a medieval bridge. Originally, this was constructed at an ancient crossing place or ford, to provide a conclusion and dam to a serpentine lake dug out in front of the house in 1805. Together with other designed ruins in the garden, such as the Dell Gate, the bridge was a designed feature of the landscaped garden incorporating stone remnants of the Priory

The Gatehouse and Porter’s Lodge on the High Street were built in the reign of Henry VI (c1440). This was the original entrance to the Priory and is used for pilgrimage processions and on special occasions. 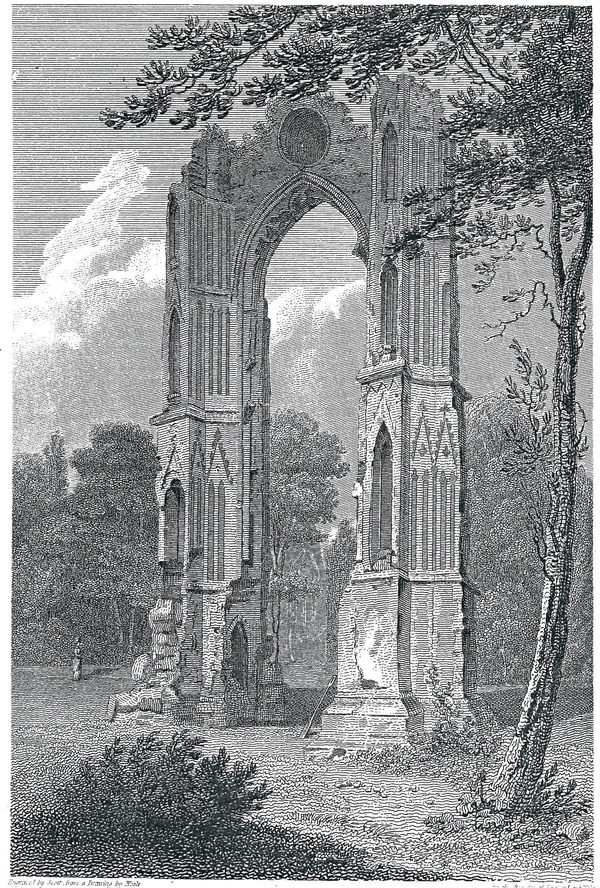 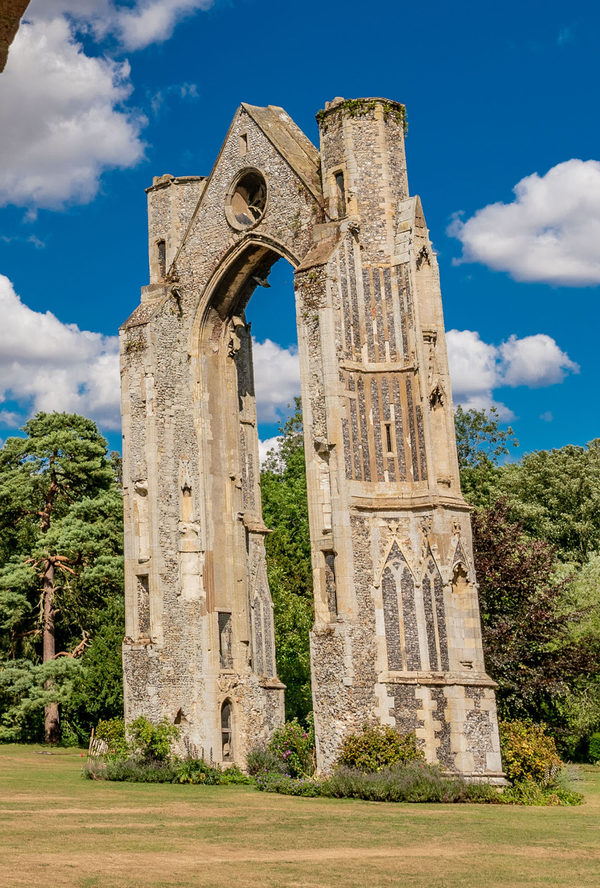 Wildlife
Gallery
Nearby Attractions
Attraction 1:
The Shrine of Our Lady Walsingham

0.07 Miles Away
The place of pilgrimage since 1061, the Shrine church contains the Holy House, calling to the mind place of the Annunciation of St Mary.
View Venue 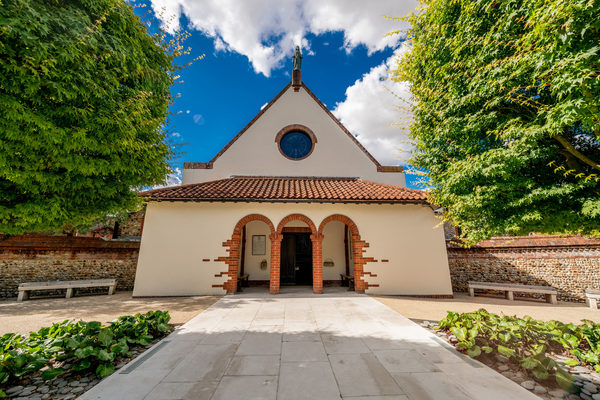 0.16 Miles Away
The Chapel has been open to visitors daily since 1967. Styled on the Byzantine model with icons, an icon screen, tower and onion dome, the Orthodox Christian Chapel until 2009 had an iconographer. In 2019 we are opening a Gallery to the public, displaying icons and including the railway history, and pilgrimage by train.
View Venue 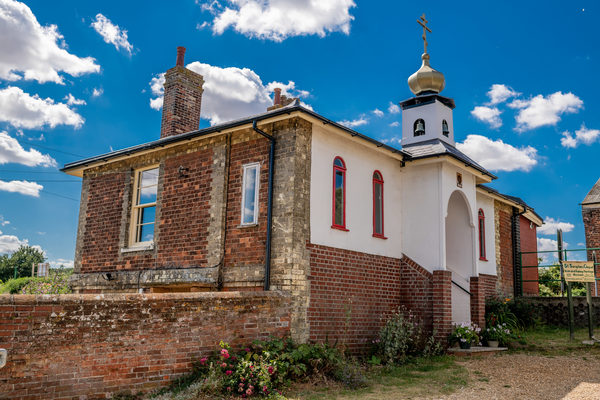 0.21 Miles Away
Fire gutted the church on 14th July 1961. Only the extreme west end was spared, that is the tower, the south porch and the font. Such extreme heat causes the limestone to turn pink and discolouring will be detected on the font and the rood loft stairs.
View Venue 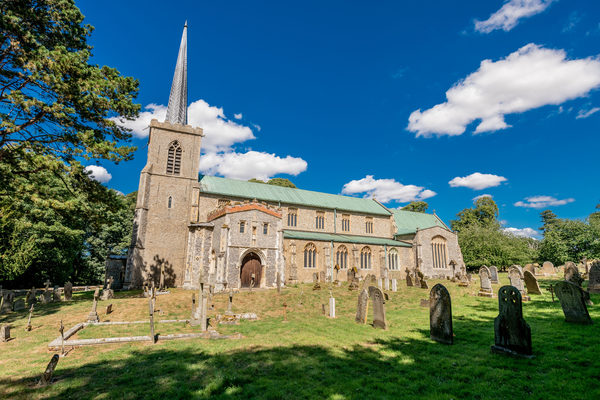 0.5 Miles Away
The church was virtually all built in the late 14th century. Despite the destruction of the chancel leaving a somewhat truncated east end it remains a very attractive building. Of particular importance are both the arch braced roof and a complete set of 15th century benches, the latter of which are a rarity in Norfolk.
View Venue 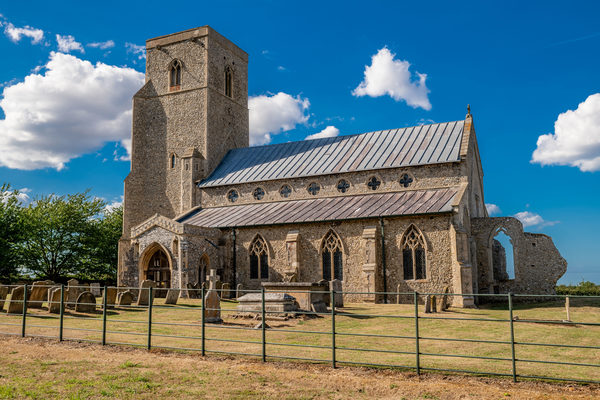 0.72 Miles Away
Visitors may be struck by the many ikons (images) in the church and by the screen across the church (ikonostasis) on which the main ikons are to be found and which divides the altar area from the main body of the church. Ikons feature in all Orthodox churches.
View Venue 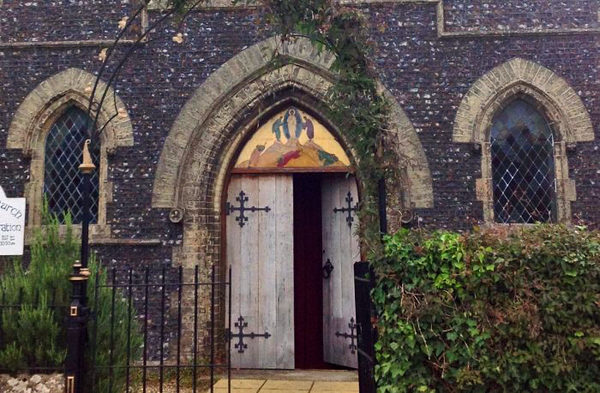